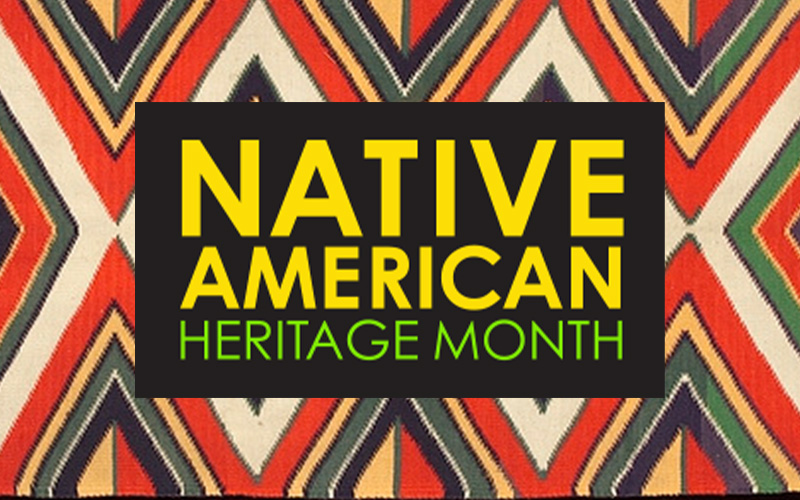 November is Native American Heritage Month, and the perfect time to explore stories by and about Native people. Great for middle-schoolers or kids ages 8-12, these books have inspirational characters that children can relate to and learn from.

The Bok Chitto River is never meant to be crossed. On one side, Martha Tom lives in her Choctaw Nation town. And on the other side, Lil Mo and his family are slaves on a plantation. Even though Martha Tom knows better, she crosses the river to pick blackberries and meets Lil Mo. They are about the same age and have more in common than they would have ever guessed. Then Lil Mo learns his family is about to be split up. But Martha Tom has the answer: cross the river and become free. Crossing to freedom with his family seems impossible, but with a lot of bravery and a little magic, Lil Mo’s family joins the Choctaw people on the other side. But danger isn’t far behind. This magical tale is based on historical events and is a quick, exciting read that will hook young readers from the start.

“I Can Make This Promise”
by Christine Day (Upper Skagit)

Edith has always known that she’s Native. But her mom was adopted and raised by white parents, so she’s never really known much about her heritage. That all changes when Edie accidentally discovers a box of old photographs and letters in her attic. Who is this mysterious Native woman who shares her name and looks just like her? Edie is determined to get to the bottom of this mystery. Meanwhile, Edie also has to plan a short film with her two best friends for a local film festival. Will she ever learn the truth about her family? Will her film come together with her friendships still intact? This mystery is the perfect blend of drama and heart. Not pulling any punches when it comes to recalling past injustices done to Native people, it remains uplifting and hopeful.

Regina and her family are Umpqua, and have always lived on the Grand Ronde Tribe’s reservation. But her peaceful, familiar life is upended when the government makes a law that terminates their tribe. Forced from their Oregon homeland, Regina’s family relocates to Los Angeles. But life in Los Angeles is a lot different than life on the reservation. Though she quickly meets and makes new friends, she also encounters racism for the first time. As time goes on, Regina has to grapple with what it means to her to be Indian and how she can stay true to herself and her culture no matter where she lives.

“In the Footsteps of Crazy Horse”
by Joseph Marshall III (Lakota)

Jimmy McClean is a Lakota boy, though you wouldn’t guess it by his name. His mother is Lakota, and his father is half white and half Lakota. Over summer break, Jimmy embarks on a journey with his grandfather, Nyles High Eagle. While on the road, his grandfather tells him the story of Crazy Horse, one of the most important figures in Lakota, and American, history. Through his grandfather’s tales about the famous warrior, Jimmy learns about his Lakota heritage and, ultimately, himself.
Intertwining fiction and nonfiction, with references and inspiration from the oral stories of the Lakota tradition, Marshall gives readers an insider’s perspective on the life of Tasunke Witko, better known as Crazy Horse.

This beautifully illustrated book profiles 50 notable American Indian, Alaska Native, and Native Hawaiian people. From NBA star Kyrie Irving of the Standing Rock Lakota to Wilma Mankiller, the first female principal chief of the Cherokee Nation.
Perfect for anyone seeking to learn about Native American heritage, histories, and cultures, Notable Native People will educate and inspire readers of all ages.