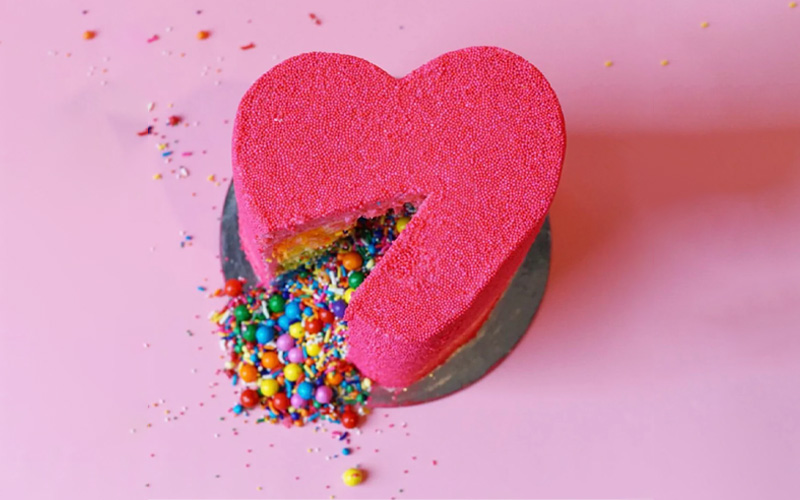 Mouth watering food, the tension of a ticking clock, the fierce rivalry of skilled chefs, the heat of the kitchen—there’s a lot to love about cooking competition shows, whether you prefer “Hell’s Kitchen” or “The Great British Bake Off.” But have you ever considered how they might be improved with some delicious romantic tension, heated glances, and other physical pleasures?

If you answered, “YES!” you’re in luck because we’ve gathered together a few recent romance novels that combine a satisfying love story with culinary competitions. We’re sure you’ll savor these great reads!

“Love & Other Disasters” by Anita Kelly
A sweet debut from Anita Kelly! “Chef’s Special” is a popular cooking competition show featuring amateur chefs. Recently divorced Dahlia feels like she’s failed at everything she’s tried, but she’s discovering a new passion for cooking. Confident Parker is focused on winning the competition and achieving their goals. Can either of them afford the distraction of attraction?

“Rosaline Palmer Takes the Cake” by Alexis Hall
English romance novelist Alexis Hall puts his twist on “GBBO” in this fun rom com. Rosaline has tried to meet the expectations of her parents, but life as a single mother is still a struggle. When her baking skills land her a spot on “Bake Expectations,” she has a chance to put her life on track – unless she gets distracted by a charming fellow contestant!

“Mangos and Mistletoe” by Adriana Herrera
Steamy contemporary romance author Adriana Herrera turns her pen to a Christmas baking competition. Kiskeya and Sully have come to Scotland to win the “Holiday Baking Challenge.” Each baker is confident in her skills, but can this grumpy and sunshine pair find a way to work together? Audiobook narrator Lacy Laurel does an excellent job with the various accents and character voices!

“For Butter or Worse” by Erin La Rosa
Erin La Rosa’s debut is a witty and heartwarming romance. Chef and co-host of “The Next Cooking Champ!” Nina Lyon has worked hard to find success in a male dominated field. Her co-host, restaurateur Leo O’Donnell, is exactly the sort of man Nina can’t stand. Leo pushes Nina’s buttons until the day she finally quits, and then Leo is left to beg for her forgiveness.

“Accidentally Engaged” by Farah Heron
This charming novel by Farah Heron was one of the top romance novels of 2021. Talented baker Reena Manji’s life isn’t living up to her, or her parent’s expectations, as she’s still single and unemployed once again. Her new (and very cute) neighbor Nadim is exactly the sort of man her parents would approve of as a future husband. Reena might not be looking for a husband right now, but she does need a partner for a Toronto couples cooking competition…!

“Battle Royal” by Lucy Parker
New Zealander Lucy Parker has written a banter-filled enemies-to-lovers with the added pressure of a royal wedding. Sylvie Fairchild’s career took a bit of a bump when she was kicked off the popular baking competition “Operation Cake” by judge Dominic De Vere. Now she’s been offered a chance to return to Operation Cake as a judge, the sort of publicity bump that will help her land the contract to bake the princess’s wedding cake. As long as Dominic stays out of her way that is!

Do you need even more foodie romance in your life? Check out this list of recent romances that will satisfy your craving!