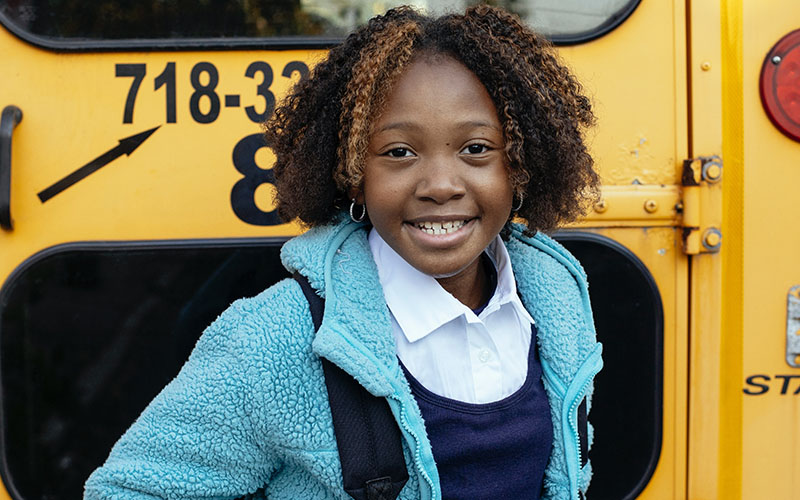 Back to school season is upon us and amidst feelings of excitement over new school supplies and renewed friendships, feelings of anxiety will inevitably appear in our school-age friends. One effective strategy to help overcome some of those anxious thoughts is to read books about other kids attending school. Here are a few suggestions with stories that offer relatable characters and issues:

“Honestly Elliott” (Bloomsbury Children’s Books, 2022)
by Gillian McDunn
Elliott has been struggling since his closest friend moved away, and he’s not too sure where he fits into his own family, especially since his newly remarried dad and stepmom are expecting a baby. His grades aren’t too great, he’s always forgetting things, and he doesn’t really like sports. All together, the result is someone the complete opposite of his dad–a fact they’re both very aware of. Elliott’s only solace is cooking, where he can control the outcome, testing exciting recipes and watching his favorite cooking shows. When he’s paired with the super smart and popular Maribel for a school-wide project, Elliott worries they won’t see eye to eye. But Maribel is also looking for a new way to show others her true self and this project could be the chance they’ve both been waiting for. Sometimes the least likely friends help you see a new side to things . . . and sometimes you have to make a few mistakes before you figure out what’s right.

“The First Rule of Punk” (Viking Books for Young Readers, 2017) by Celia C. Pérez
Malu (short for Maria Luisa) loves all things punk–the music, the attitude, and the look. Unfortunately, her new school isn’t as crazy about it, and she ends up violating the dress code, upsets the most popular girl in school, and disappoints her mother all on her first day. Malu tries to remember the first rule of punk (always be yourself), and decides to form a group of misfits that eventually turns into a punk band preparing to perform at the school talent show. As they get closer, they try to find the courage to stand up for their right to express themselves at school no matter what the anti-punk principal says. This book is perfect for readers worrying about finding where they belong–sometimes, you just have to find your band of misfits and make some noise. This book is available in English and Spanish.

“Maya and the Robot” (Kokila, 2021) by Eve L. Ewing
This illustrated chapter book introduces readers to Maya, a fifth grader who has to face a new grade without her best friends for the first time in her life. Maya, dealing with having the less-fun teacher, a class bully, and the absence of her friends, thinks it’s all too much to deal with until she discovers something amazing–a robot named Ralph! Since she loves science and engineering, Maya decides to fix up the robot and enter him into the school science fair. Along the way, Maya’s confidence grows and she learns that life is not as black and white as it might seem. This book is perfect for readers who love STEM topics and for those who might be nervous to start a new, unfamiliar school year.