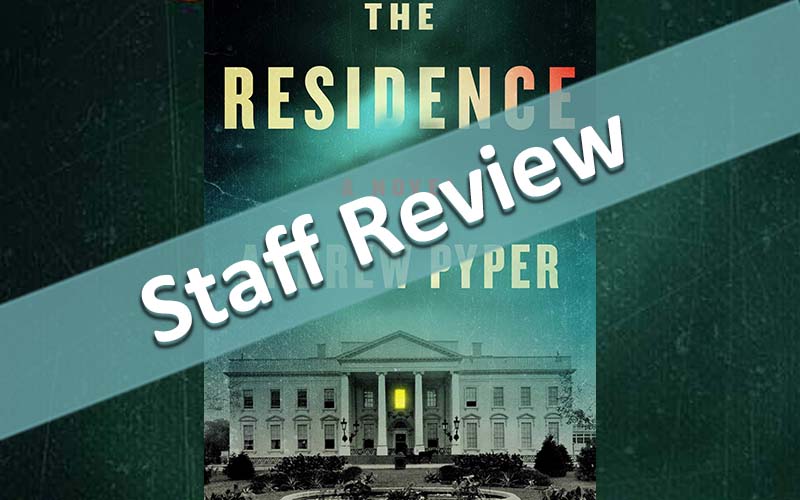 Experience an otherworldly presence, a family overcome with unimaginable anguish, and a séance gone awry. To make things even more unsettling, this all takes place in the White House, and is supposedly based upon real events.

Happy Spooktober, one and all. If you’re like me, you like to maximize your October reading by patronizing as many horror novels as possible. That’s also true for me year round, but during this month of horrors I make a special effort to seek out the creepiest, most disquieting works that I can. I contend that “The Residence” fits the bill nicely.

This disconcerting drama takes place in 1853. President-elect Franklin Pierce is on his way to Washington where he’ll attempt to be the conciliatory head of state that our country needs and head off the impending doom on the horizon. Unfortunately for the Pierces, their train derails en route and inflicts precisely one casualty: their 11-year-old son Benny. Consumed by grief, guilt, and a burgeoning sense of helplessness, the now childless Pierce family take up residence in the White House.

Unable to function and convinced that there is a way to talk to her Benny again, Mrs. Pierce contacts the infamous Fox sisters—well-known psychic mediums—to conduct a séance in the President’s House. Unfortunately for all involved, this is not Mrs. Pierce’s first foray into the supernatural. As a young girl she made use of a pendulum game (an occult device similar to a modern Ouija Board) to summon a powerful entity. Known to some as ‘Sir’ and to others as ‘Mr. Splitfoot,’ this powerful being has been corrupting children and attempting to wreak havoc on the mortal world since time immemorial. And when the Fox sisters begin the séance, Sir emerges onto our plane once again.

Since his old friend Mrs. Pierce wants only to see her recently departed son again, Sir is kind enough to grant that wish. He summons a corporeal figure from the great beyond that looks just like Benny. Identical to young master Pierce, he yet moves in a strange inhuman way, and his words and facial features have an oddly unfinished quality about them. They say that a mother always knows, but wouldn’t it be worth pretending that it actually is Benny? Mrs. Pierce thinks so, at least until Benny’s penchant for violence becomes apparent.

I think that Booklist said it best: “[The Residence] is legitimately creepy…recommended for fans of historical fiction with a bite, like that of Alma Katsu.” If you’d like to explore the darkness made possible through the depths of grief, if you want to push the boundaries between our world and the next, and if you’re not afraid of the dark (or so you claim), check out “The Residence” by Andrew Pyper today. Just maybe don’t play with any Ouija Boards ‘til October is over.