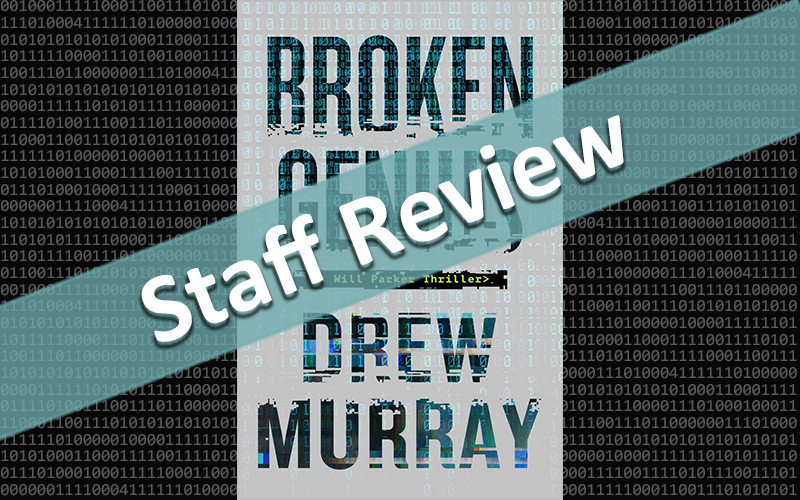 Move over Steve Jobs, Bill Gates, Mark Zuckerberg: here comes Will Parker. The year is 2011, and Parker is the CEO of CastorNet, a billion dollar tech company turning heads in Silicon Valley. Still in his 20’s, Parker is considered a prodigy and his company a unicorn—rare and eminent. He’s hours away from a major deal with a Japanese company to develop a prototype quantum computer, theoretically moving humanity to the next level of our evolution and making boatloads in the process. There’s a problem, however. A serial killer has utilized CastorNet’s privacy and online security technology to livestream the butchery of his latest victim, and the FBI come knocking on CastorNet’s door. In return for Parker’s cooperation in tracking down the killer and saving the most recently abducted victim from a similarly gruesome fate, the FBI agrees to keep CastorNet’s involvement out of the media. Parker happily agrees, both to preserve his company’s reputation and to save an innocent girl from a savage fate. Things predictably don’t go as planned, as the girl dies anyway and the Japan deal fades away along with her life.

Fast forward a decade. Will Parker has stepped down from the CEO position of his company and has joined the FBI’s cyber-crimes unit in an effort to atone for failing to locate the serial killer in time. He has, of course, still retained the majority shares in the company, his mansion on the beach, and all the trappings of an almost-billionaire. He may want to make a difference in the world via his FBI service but he still has a reputation to uphold. He’s the only active FBI agent with his own Wikipedia page and he’s often recognized by big-tech fanboys as the tech wunderkind that he used to be. He’s also garnered a reputation as an effective special agent—his solve rate is high enough that his superiors can forgive a little eccentricity and tolerate his unusual methods. As it turns out these unusual methods are needed to solve his current case.

Partnered with a tough, rigid ex-soldier turned FBI agent, Parker must investigate a murder at a major Comic-Con that brings his old life and his new purpose colliding into an unforgettable denouement. His by the book partner is out of his element in the foreign culture of the Comic-Con, puzzled by the allure of dressing up like a fantasy character and attending author panels, or why adults would want to buy Star Wars action figures. Parker must use his technologic prowess (including some homemade apps of questionable legality), his unique perspective on the world, and his deep knowledge of various fandoms present at the Comic-Con to both solve the murder and investigate the rumors of an extant quantum computer being auctioned on the dark web behind the scenes at the convention.

Featuring shootouts, chase scenes, an actual swordfight (with Agent Parker wielding a steel replica of Jon Snow’s longsword) dark humor, clever detective work, and a whole lot of nerdery, “Broken Genius” by Drew Murray is an exciting novel with a broad appeal for fans across various genres. Considering that this is author Drew Murray’s first published work, readers will no doubt eagerly anticipate the further exploits of Special Agent Will Parker.